3 Steps Bosses Must Take for a Healthy Feedback Cycle 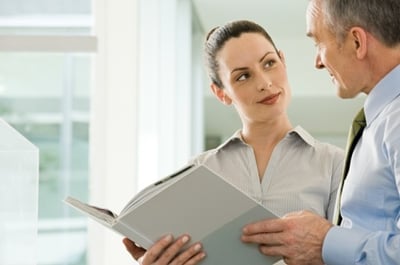 We live in a feedback generation. Every time you send out a question via social media, you will get instantaneous answers. If you see a movie, you can rate it right there in the theatre on your phone — as soon as the lights go up, of course. If you read a book, you can communicate directly with the author on Twitter to tell them what you thought. It’s no surprise then that employees want this fast, frequent feedback with their supervisors.

According to TINYpulse’s own survey:

Employees and supervisors are on the same page. Their responses are nearly identical, and they show a resounding desire for frequent employee feedback. But there’s a reason employee reviews tend to happen only once or twice a year: they’re time-consuming and a massive undertaking. It doesn’t have to be this way.

Merely stating that you have an open-door policy won’t make you a feedback-supporting manager. Far too often employees are unwilling to speak their minds for fear — real or imagined — of consequences or because they think nothing will be done to remedy their issues. A manager that truly believes in frequent feedback should have ingrained leadership qualities of being a willing, communicative participant in the dialogue.

Feedback should be built into your company culture, showing that you’re truly open to comments and constructive criticism. And no, those yearly reviews are not even close to enough. If you want to be a true leader, you must respond to employee feedback much more quickly than once a year to be effective.

How Can You Support Fast, Frequent Feedback?

Get those massive, 1-to-5 ranking, yearly review packets out of your head, for starters. Encouraging feedback can be much more simple and even creative than that, and this way it’s even more likely to achieve results. Think of three keywords to build into your feedback culture: Short, Simple, and Flexible.

Constant and consistent feedback is the backbone of a successful organization, so your company needs to take steps to build a culture where that is possible.