Our research demonstrates a clear link between an employee’s level of satisfaction with management and whether they’ll stay at their job. Managers account for up to 70% of engagement variance, according to Gallup.

But what makes the difference in managerial success? According to a Harvard Business Review analysis, the biggest factor is respect. The study surveyed more than 20,000 employees around the world, showing that this single factor was a fairly strong predictor for everything from employee satisfaction to health and well-being.

Respect seems simple but perhaps it isn’t. The study, conducted by Christine Porath and Tony Schwartz, found that a majority of employees — 54% — don’t feel like their managers act respectfully.

They discovered that most managers intend to be respectful and civil and don’t realize what employees think about them. They may be curt because of a lack of time. Or they may treat employees the way they were treated in the same position, even if it’s objectively unfair.

Consider this example: You schedule a performance review with an employee. Then you double-book the slot and have to cancel the meeting. In many organizations, this happens repeatedly — sometimes without the employee being notified of the cancellation. The manager may think this is “just a mistake,” but the employee will take it as an indication that their work doesn’t really matter.

Even small signs of disrespect can be problematic. A manager who consistently fires off communications riddled with errors, text message language, and casual demands — e.g., “mtg @ 9:30, u ned 2 b their” — shows they don’t care enough to communicate properly with their team.

The snowball effect of these interactions means productivity plummets. Porath and Schwartz’s research demonstrates that people who feel disrespected are less likely to retain information, solve problems, or come up with ideas.

What to Do About It

Leaders should start by promoting a culture of respect. Hire people who have shown civility and common courtesy. Evaluate employees for how they interact with their peers. This may be a so-called “soft skill,” but it has a significant impact on the bottom line.

Following through on your commitments to employees is also critical. This means you may need to make fewer commitments. But sticking to those commitments means your employees will be more likely to trust you. It also means you’ll be leading by example when it comes to respect.

Employees don’t expect — or even want — to be friends with their bosses. But they do want to have professional relationships based on mutual respect. Nov 8, 2021 5 min read
How To Identify The True Drivers Of Engagement At Your Organization 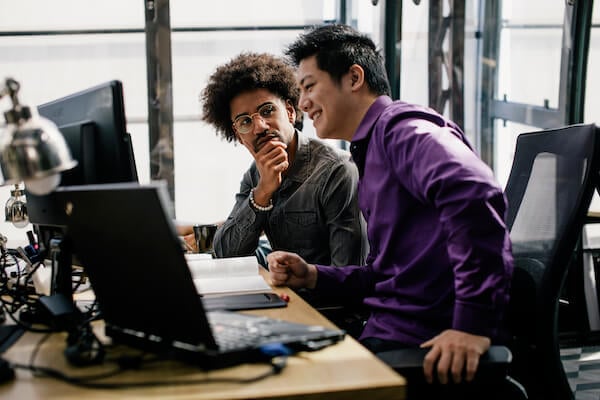 How To Identify The True Drivers Of Engagement At Your Organization