To make sure employees remain engaged and develop professionally, leaders need to assess performance by checking in with workers — at least every now and again.

To accomplish this, companies have traditionally reviewed employee performance on an annual basis. This helps organizations track employee progress, recognize hard work and achievements, and easily determine what compensation bumps are due.

Although 91% of organizations have some sort of performance review process in place, according to Globoforce, there are some stark disadvantages:

Reviewers Can Be Biased

Maybe a manager has a somewhat irrational dislike for a certain employee. Maybe a proverbial teacher’s pet lurks amongst their staff, and in their minds, everyone pales in comparison to that individual.

Whatever the case may be, managers who give performance reviews will have their own biases — which means some employees will almost certainly get poorer reviews than they deserve, disengaging them. On the flip side, some folks could get great reviews even though they didn’t do much to earn them.

Yes, managers may very likely tell employees to spend some time ahead of the review collecting information to state their case and offer ideas and feedback. But at the same time, most managers have probably made up their minds, at least a little bit, as to how they’re going to grade their workers.

Conversations can become incredibly one-sided, with managers entertaining feedback but not really considering it. When employees feel as though their managers aren’t really listening to them in the first place, they’re likely to be hesitant to share ideas in the future.

They Are Usually Untimely

Let’s say an organization holds annual employee reviews at the end of the year. Now imagine Suzie, a star copywriter who’s been with the company for three years, wrote an amazing blog post in March that went viral, generating a ton of leads. She’s worked hard and accomplished a lot since then. But because reviews are held in December, her manager uses the occasion to talk about that great post written in March — and not much else. Suzie isn’t really inspired when she leaves the meeting, and for good reason.

Annual Reviews Can Be Stressful

When managers have to synthesize their employees’ entire performance into an hour-long conversation, things can get pretty stressful. After all, good managers certainly don’t want to miss highlighting any accomplishments and offering feedback that will encourage their employees to work ever harder. At the same time, employees can be incredibly nervous knowing that one person may have the power to give them a raise — or withhold one — based on their own discretion.

They Can Also Be Incredibly Time-Consuming

When you only review employees’ performance on a yearly basis, you have a lot of ground to cover in a short period of time — maybe an hour tops. To provide fair assessments, managers need to spend a good amount of time preparing for each team member’s review. The whole process takes a ton of time. Holding reviews at the end of the year can make matters even worse, as employees take vacations and everyone’s working frantically to get things done before the holidays.

For these reasons, many organizations are changing the way they assess their employees. They’re increasingly ditching performance reviews altogether and instead adopting a whole new approach to employee appraisal: performance management.

The Case for Performance Management

Instead of reviewing employees on infrequent intervals, companies that embrace the philosophy of performance management check in with their staff on a regular basis. These organizations understand that employees work every day of the year — not just during the last quarter. Rather than assessing their employees’ performance annually, these companies reach out to their employees much more frequently: once a quarter, once a month, or even once a week.

Performance management provides organizations with a number of benefits:

There’s no sense in allowing problems to fester. By taking a performance management approach to employee appraisal, you’re able to identify problems as they occur.

For example, let’s say your company decided to adopt a new collaboration platform without consulting your team, and it’s expected that your employees will start using it. Thing is, after giving the new platform a whirl, they overwhelmingly believe the tools they used to use are significantly more helpful. Instead of allowing the team members to whisper amongst themselves about how they wish the change was never made, performance management allows you to find out right away. You can make changes quickly, instead of allowing small problems to balloon into huge ones.

Good Behavior Is Reinforced Right Away

Rather than waiting until the end of the year to shower an employee with praise for something they did in April, performance management allows you to respond to hard work immediately. Employee recognition improves employee engagement and retention — without requiring much effort. 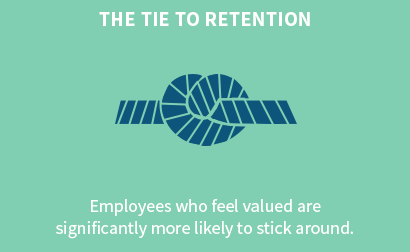 Performance management technology allows managers to maintain anonymous conversations with their staffs. Since employees will be able to privately offer their opinions, they’ll become more engaged as they realize the impact they can have on their companies. As countless studies indicate, engaged employees are much more productive than their disengaged peers. What company doesn’t want its workers to get more done?

Thanks to technology, it doesn’t have to take a ton of time to conduct employee reviews. With the right platform, managers can provide timely feedback and coaching on specific goals or projects. Instead of forcing managers and employees to spend a ton of time preparing for annual reviews and trying to remember what happened over the course of the year, performance management allows you to easily remain current.

The Focus Isn’t Only on Money

When performance reviews take place at the end of the year, employees can’t help but think about getting a raise — and even a bonus. According to our Employee Engagement Report, nearly 25% of employees would take a job elsewhere for a 10% raise. Since employees are obviously thinking about money, end-of-the-year reviews often boil down to precisely that. Employees wonder if they’ll get a raise, and if so, how much it will be.

On the other hand, companies that take a performance management approach have constructive conversations with their employees on a regular basis. Money is mostly removed from the equation.

Your employees are your best assets, so don’t wait until the end of the year to figure out whether your team is happy and engaged. Take a performance management approach, and you’ll keep your fingers on the pulse of your staff throughout the year. That way, there won’t be any surprises. And you’ll know exactly what you need to do to increase employee engagement at all times.

Editor’s Note: This post was originally published in June 2016 and has been updated for freshness, accuracy, and comprehensiveness.