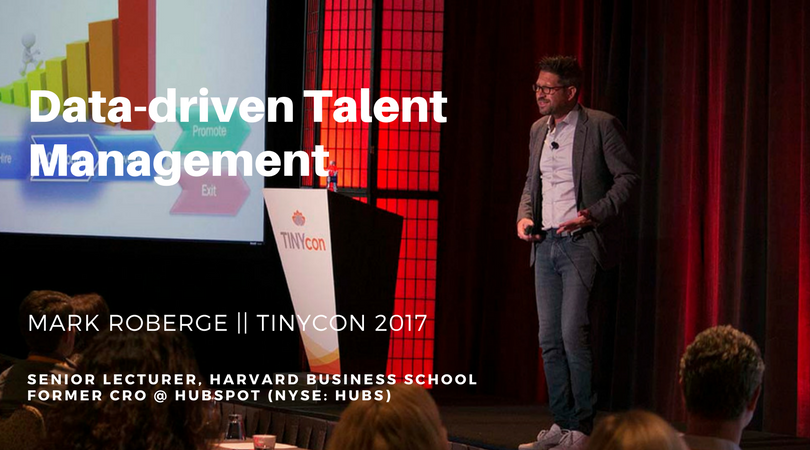 Talent management is something that every company has its eye on—especially with people analytics tools becoming popular common practice. And it makes sense: when it’s not feasible to grow the team to a bigger size, improving the performance of existing employees is a great way to get company-wide growth.

Mark Roberge is a full-time Senior Lecturer at Harvard Business School, where he teaches Entrepreneurial Sales and Marketing. Prior to HBS, Mark served as SVP of Global Sales and Services at HubSpot (NYSE: HUBS), where he scaled annualized revenue from $0 to $100 million and expanded his team from 1 to 450 employees. Roberge was ranked #19 in Forbes‘ Top 30 Social Sellers in the World, and he has been featured in the Wall Street Journal, Forbes Magazine, Inc. Magazine, Boston Globe, TechCrunch, Harvard Business Review, and other major publications for his entrepreneurial ventures.

Roberge came to present at TINYcon about his data-driven approach to the employee lifecycle, and how data-supported people practices helped to grow HubSpot from a small garage-startup to the company that it is today.

(Watch the video, and read our key takeaways below. And as always, don’t forget to share this excellent content with your network!)

The four stages of the employee lifecycle

When Roberge was tasked with growing the sales organization at HubSpot, his first focus was to create people processes that were reliable and scalable. “My whole professional life was really this lens of data and science technology, and I think you’ll see that lens come to life, because that’s really how I thought about building up the sales org.” 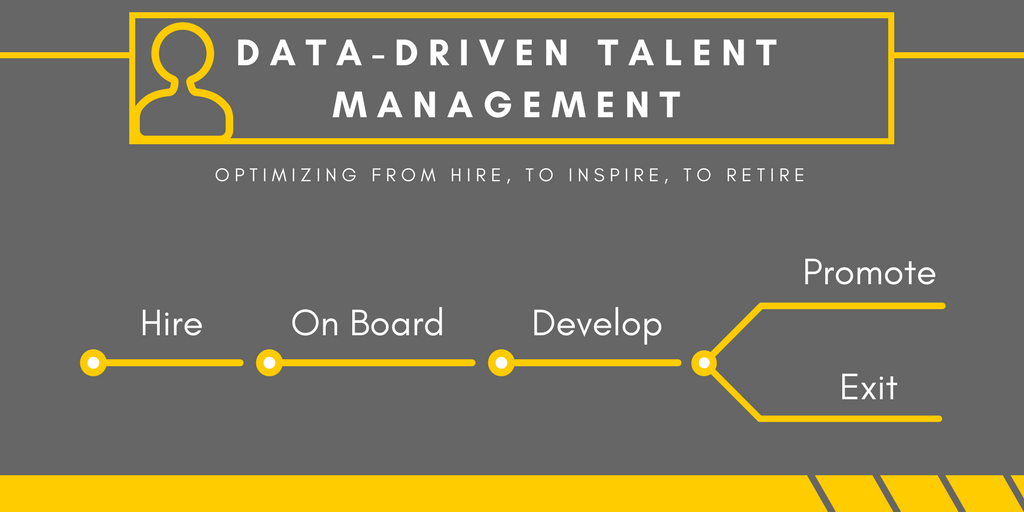 Within the employee lifecycle, there are 4 clearly identifiable stages. First comes the hiring process, then onboarding. Once an employee is integrated into a company, they enter the “development” stage, where their contributions are consistently measured and used as opportunities to coach and develop their skills further for higher performance. Finally, after a period of consistent coaching, it becomes important to either recognize an increase in performance with a promotion, or to recognize that they may not be a good fit for the team, and to let them go.

Roberge’s data-driven approach meant finding out how to optimize the performance not only of employees, but also of their managers, in each of these stages of the employee lifecycle.

What they found was that, while objection handling, rapport building, and closing ability initially seemed like the on-the-job-skills that would be highly correlated to success, new hires who had high scores in coachability, curiosity, and intelligence, in that order, were actually far more likely to succeed at the company.

Part of the challenge for testing these skills was determining which metrics you would measure ‘success’ by within the organization later. While this process was intuitive for their sales reps (who had to meet metrics like close rates, money down, and contract lengths), it was important to determine which data-driven criteria could be used to measure success for other departments in the organization. “For this to work to other functions, we had to find that same quantifiable dimension,” remembers Roberge. For marketing, it could be lead-generation—for the product developers, it could be the use-rates on new product features.

Once they could understand 1) how they would measure long-term success, and 2) what attributes were correctly correlated to performing well in these metrics, they could hack to hire for those skills in particular during the hiring process. “Now we have a nice little checkpoint, a test/learn/iterate function, where we can see six month later: are we interviewing for the right stuff?”

Roberge was enthusiastic to optimize the onboarding process at HubSpot in a similarly data-driven process. He surveyed others to determine how they were onboarding their sales team, and what he was shocked to find was that the most common practice was to use ride-alongs to train new sales folks, with little to no other supporting onboarding processes.

There were a couple of problems he could instantly perceive with this way of training. The first; this method of training wouldn’t be effective if the people paired up had drastically different communication styles or selling strategies. It also encouraged the spread of bad habits, and tended to over-rely on the trainer and trainee to be able to identify and communicate what best practices were happening during sales calls.

Instead, Roberge implemented a systematic training program that paired with skill assessments and training exams. This meant that they would be able to measure how successfully someone was making it through the onboarding process, and if they were acquiring the skills necessary to understand and sell the product. As the data-driven approach provided actionable insights in identifying what skill acquisitions correlated to later success, other teams starting joining in—finding the programs, assessments and exams that would evaluate their own onboarding processes. 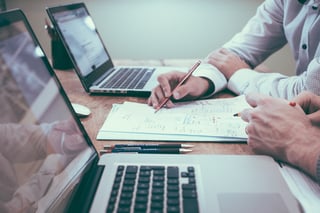 Ongoing coaching has been shown to increase overall employee engagement in an organization, and when paired with the performance improvements that usually arise from a robust coaching system, it’s an initiative that many companies want to take on, but few approach with a systematic data-driven approach.

It was important for the coaching initiatives at HubSpot to be supported by anecdotal evidence and discussion with the sales rep, but also for coaching to be based off of measurable metrics that could show the individual success, and responsiveness to coaching. Roberge says of his best coaches; “They can see the one or two things that will make the biggest impact, and they focus the coaching there in a very personalized way, that is customized to that feedback and customized to that learning style as well.”

To streamline the process, Roberge asked his managers to review qualitative performance as well as individual metrics for each of their reps on the 1st day of the month, to develop a monthly coaching plan to help develop their skills and solve issues in the sales process. Then on the 2nd day of the month, managers would be responsible for showing their individualized coaching plans to the director for accountability.

When those coaching plans were tied to metrics goals that were relevant, it became easier to measure how the rep was improving over time. It was also a good indicator of manager performance—if the same goal was on the coaching plan for many months in a row, and no progress was being made on it, then it narrowed the scope of the problem down to a hiring mistake or a coaching one.

Performance-based promotions instead of tenure-based

Coaching in this way also enables personal development to be tracked, and for promotions to be data-driven and based off of performance rather than tenure. Roberge tied compensation to performance by creating benchmark requirements for employees to move up to the next tier. Those compensation levels were based off of the install base, per month sales, and the average length of “upfront” down payments on accounts. “This way, the promotion path was: you come in as a rep and then you get promoted to Senior Sales Rep, not when you’ve been here a year—but when you’ve done this!”

Data-driven promotional plans were beneficial because they allowed the manager and the employee to work together against those plans, rather than having the employee pitted against their manager. It also meant that there was less subjectivity, so less perceived internal office politics which could affect culture declines. Finally, it gave employees a sense of job security—they knew if they were performing towards goal or not, and eliminated the feeling of never knowing if you were eligible to be fired.

On the other hand, it also made it easy to make decisions around letting people go—all coaching initiatives and short-term goal setting required to help make an employee successful would be deployed, and if, with all of those resources, an employee could not turn around performance and start meeting their individual metric goals, then the decision to let them go could be supported with the documentation. And going a step further, analysis of their employee journey at the company, combined with the institutional data about their hiring and onboarding processes, could show if there was something that could have been improved upon in the hiring process next time.

A pioneer in the talent management field

The world is becoming a more data-driven place, with people analytics tools providing tons of actionable information about managing your workforce to capitalize on their talent potential. Mark Roberge stands out as a pioneer in the processes that he implemented at HubSpot, making it no wonder that they were able to grow to the all-service marketing behemoth that they are today.

Along the way, Roberge reminds us, “the ideal sales hiring formula is different for every company, but the process to engineer the formula is the same.” And going through the process of creating a framework like this for every step of the employee lifecycle means that leadership will be held accountable for effective hiring, training, coaching, and be able to identify talent issues early in the process, and intervene.

Mark Roberge spoke at this year's TINYcon 2017. To reserve your tickets to next year's TINYcon, and make sure that you're keeping up to date with the latest in employee engagement and company culture, get your early bird tickets now! If you're looking for more tips or info on improving company culture, you can also read our culture report here. 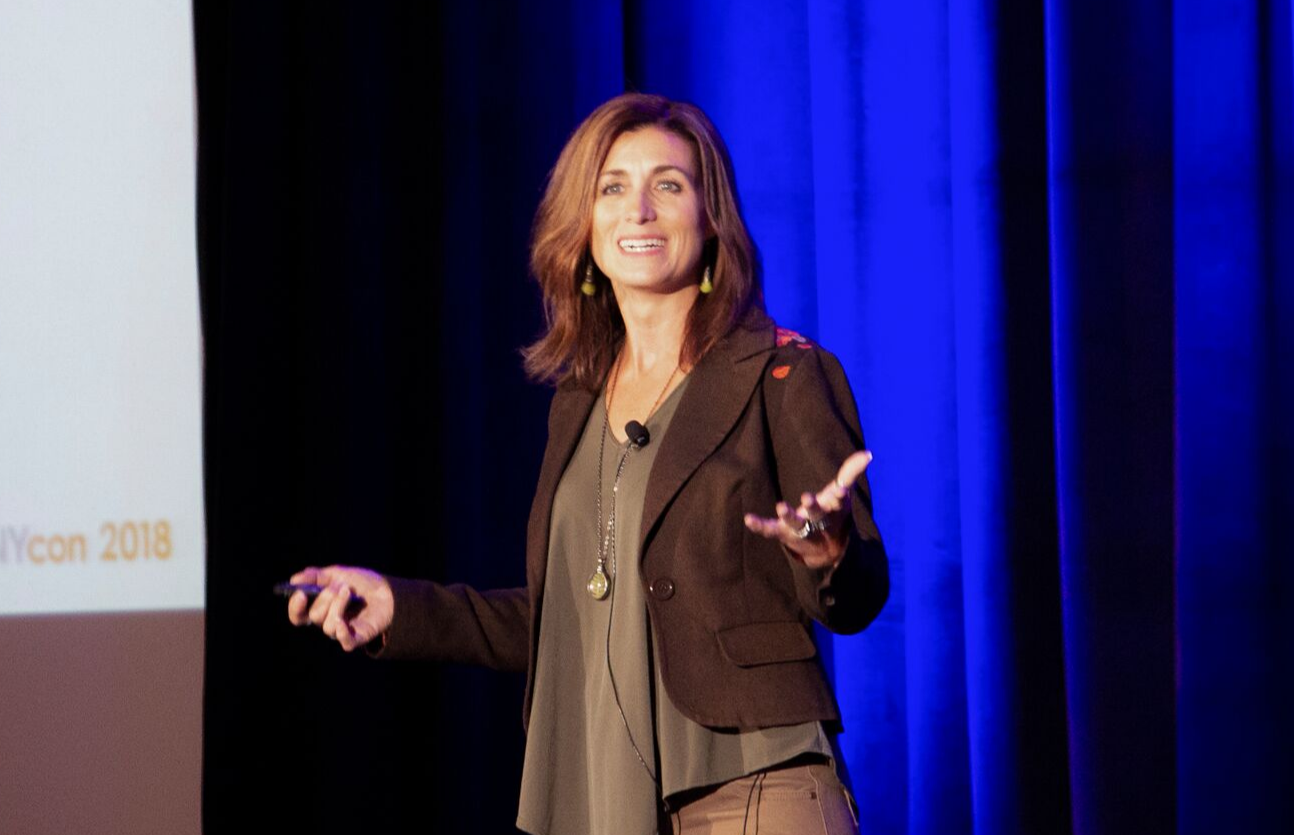 Jan 15, 2019 6 min read
What's one of the most important traits of a high-performing company? Agility.

Nov 9, 2017 6 min read
The Four Hats that People Ops Wear and Why They Matter 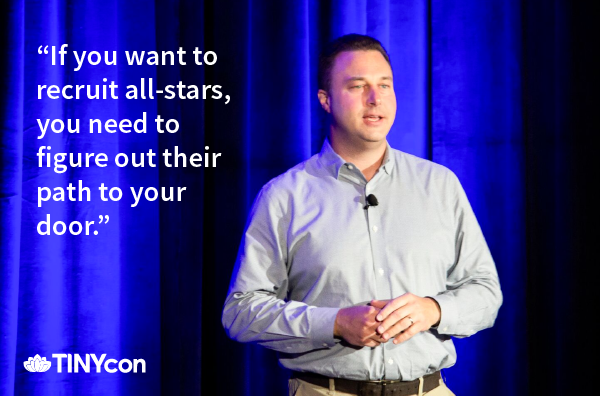 The Four Hats that People Ops Wear and Why They Matter