If you suspect your employees could be a lot happier at work, they probably could be. According to recent research from Good.Co, 70% of employees are disengaged at work — which is bad enough as it is, but it is even worse when you consider the financial implications. Believe it or not, altogether, these disengaged employees cost US businesses $550 billion each year.

Since that’s the case, it’s certainly worth doing all that is within your power to boost workplace morale. This, in turn, will increase the likelihood of employee engagement. Try out these 14 tricks to create an inviting environment that employees will thrive in:

01. Be open and transparent about communication

As a manager, you perceive your company much differently than your staff. While you look at the bigger picture, e.g., where the company will be in five years, employees focus more on the day to day. As such, it may be harder for them to see why certain things change. Leaders can boost office morale by clearly communicating with their staffs as often as possible. Don’t risk annoying your workers by leaving them in the dark about major issues.

It’s true that your employees are paid to do their jobs. But that doesn’t mean you should take their efforts for granted. Regularly recognize your employees’ efforts, and do so in a way that’s meaningful to them. Employees are happier when they know their superiors and colleagues notice their work.

03. Brainstorm ideas with your staff

Your employees are geniuses, so pick their brains. Great leaders understand that they are not the only people capable of making good decisions or coming up with innovative ideas. To increase office morale, tell your employees you’re always open to hearing their ideas. And turn the right ones into reality.

Shrewd managers understand the importance of team-building exercises. But don’t just assume that your staff will have a blast at any outside-the-office activity. You know your team better than anyone else does (or at least you should), so plan exciting after-hours activities that your employees will look forward to. You don’t want them to dread giving up their Thursday night, for example. Make it fun.

It used to be that work was done between the hours of 9 a.m. and 5 p.m., but that’s clearly no longer the case. According to CNN, more than anything else, today’s workers want flexible schedules, i.e., the ability to work when they want and where they want, so long as they do their jobs and do them well. At the end of the day, does it really matter whether your staff comes in super exhausted every morning at 9 a.m.? Letting your employees work at the most convenient times is a surefire way to boost morale.

We all need to eat, and good food costs money. Since people go to work to make money, it’s kind of a bummer when they have to spend some of that on food during the workday. A simple solution: buy your employees meals as often as you can. You’d be surprised at how far even a catered lunch every other week can go.

According to a study in ScienceDirect, naps do more to jump-start people than caffeine does. So instead of encouraging your employees to chug coffee all day long, let them take naps during the day. If you’re feeling particularly generous, why not go ahead and install a couple of nap pods in the office? Your newly refreshed employees will thank you.

When’s the last time you changed the way your office looks? If it’s been awhile, it may be time to embark on a fun project with your team on a random Friday afternoon. Redecorating the office during work hours is certainly a change of pace. It’s also a team-building exercise that could make employees feel as though they own more of the business when all is said and done.

We’ve all had jobs where outside managers have come in and quickly flipped our worlds upside down. It doesn’t exactly feel good when it happens, particularly when you feel as though you are qualified for the position. Whenever possible, promote employees from within. That way, your staff will already know and respect their new superior, and fingers crossed, they may even like that person.

So long as they’re doing their jobs, when employees are motivated to pursue new initiatives, by all means let them. This is not a foreign concept. Just consider Google’s famous 20% time, which essentially allows Googlers to spend one day each week working on what they think will most benefit Google — without anyone staring over their shoulders. This perk led to the creation of Google News, Gmail, and AdSense.

11. Give your employees more paid time off

This one should be a no-brainer, but maybe it isn’t: everybody likes paid time off. Giving your team extra days off will almost certainly boost morale — and quickly.

Whether it’s an extra day off, a gift certificate, or the ability to play DJ in the office on a Friday, workers are motivated by incentives. The more incentives you offer, the stronger office morale will be, as folks will work hard to receive additional rewards and recognition.

At any given point in time, at least a couple staff members will likely have a few grievances. By regularly surveying your employees — and letting them remain anonymous — you can be sure that there won’t be any huge issues brewing that you’re unaware of.

14. Allow staff members to exercise during the day

Science shows that exercise is great for worker productivity. But with so much on their plates every day, it can be difficult for employees to find the time to exercise. Problem solved: encourage your employees to exercise during the day. That way, they’ll be able to break up their days and won’t have to worry about cramming in some gym time before or after work.

Office morale can be a hard beast to tame. But it’s worth noting that morale can be drastically improved overnight. Just put yourself in your employees’ shoes. What if your boss, back in the day, all of a sudden decided to give staff members two extra days off each year? It’s highly likely that move would have made you considerably happier.

Editor’s Note: This post was originally published in November 2015 and has been updated for freshness, accuracy, and comprehensiveness. 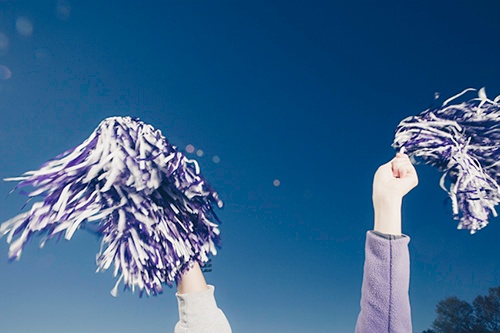 The Rapid Changes of the Working World [Infographic]