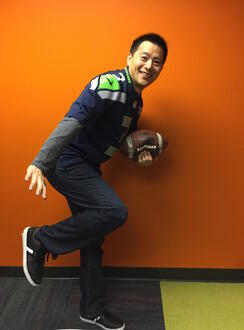 As we all know (at least we hope you do), this Sunday is the Super Bowl. To kick off the rivalry, Seattle’s TINYpulse CEO David Niu is going against Boston-based HubSpot and their CMO Mike Volpe in a game-day bet: whichever team loses, that person has to wear the winning team quarterback’s jersey.

Because hey, there’s nothing like competition to add some spark to your workplace. And since it’s Seattle’s second year in a row in the Super Bowl, we’re not shy about talking up our city. But we’ll admit, it might seem neck and neck: 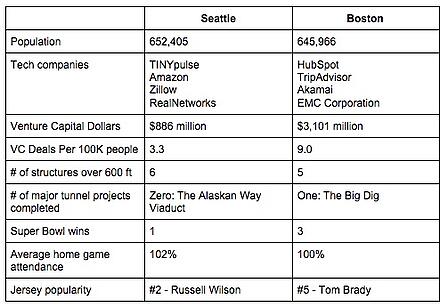 Boston’s full of history. Sure, they have the country’s oldest restaurant and oldest inn. Not to mention old brick buildings that have seen and housed many historical events. But everything in Boston is ... old. And old gets boring.

Also, did Boston make Forbes’ America’s Fastest-Growing Cities list? No, but Seattle sure did. We’re a hip, young city full of exciting innovation. Since January 2013, we’ve had more than 100 projects under construction, about to break ground, or already completed. And we’re not only changing our skyline daily—from Starbucks to Microsoft, we’re leading the world through innovation.

While Boston is stuck reminiscing about their history, Seattle is focused on the future of improvements.

ESPN has dubbed Boston a “Titletown” for the numerous sports titles they’ve won throughout history. But ticket prices for this Super Bowl have been the lowest in five years. The Patriots have played in the big game so many times that their fans don’t even see it as a special event worth paying for. Footballs, team spirit, ticket prices—what else is New England going to deflate this year?

Now if you take a look at Seattle, you’ll see that our city is painted in green and blue. Buildings have installed LED lights to spell out “12,” and you can find the 12th Man flag waving high and mighty everywhere you turn. Anyone can yell “SEA!” on the sidewalk, and it’s a guarantee that someone will respond with “HAWKS!” There’s no doubt that we’re true believers in this team.

Seahawks Versus The Patriots

Throughout football history, the New England Patriots have always been a dominant team. They’ve played in the Super Bowl eight times and won three of them. And we acknowledge Tom Brady as a top-notch quarterback. They have all the titles and stats that say they’re a great team.

But how about this: it’s been 10 years since any team has showed up in the Super Bowl in consecutive years. And what’s this? Last year’s champ is playing in the big game for the second year in a row and threatening another blowout? Yes, Seattle is a new team with less-experienced players than New England, but tenure doesn’t equate to performance.

With arguably the best defense around, Lynch’s Beast Mode, and Russell’s faith in his team, the Seahawks are a force to be reckoned with. So we say: Brady, go ahead and pass the ball—Sherman will be your number one receiver.

Hometown pride is unrelenting. And we aren’t afraid to say that Seattle reigns over Boston in terms of greatness. As for the bet, we hope Volpe enjoys sporting a Wilson jersey next Monday. 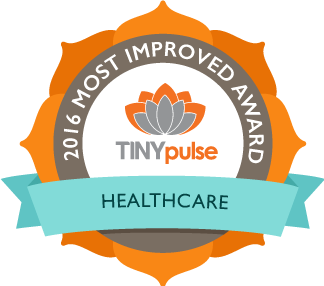 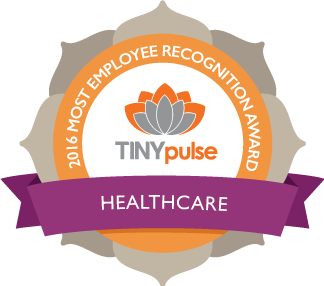 Best Companies to Work For: Confidental 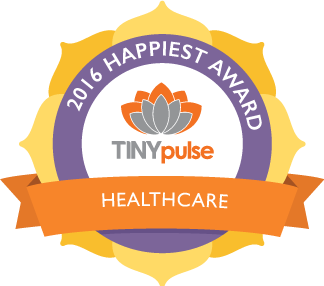