Are Bonuses a Form of Employee Recognition or Compensation? 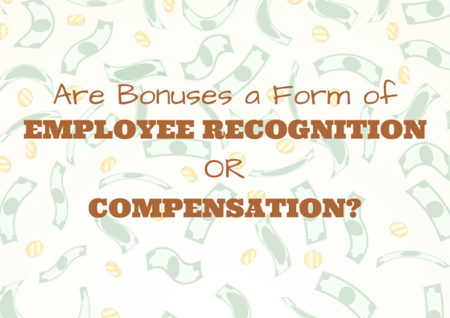 Lots of employees look forward to the end of the year because, after successfully completing another cycle around the sun without managing to get fired, they receive holiday bonuses.

Many organizations use bonuses as a central part of their employee recognition efforts. According to a survey by CareerBuilder, 54% of employers planned to give a holiday bonus to their employees last year.

Where Do They Belong?

Should bonuses fall under the compensation budget or the engagement budget?

It turns out there’s a sneaky reason why so many organizations are embracing bonuses: The slice of their budgets dedicated to salary increases has been steadily shrinking for quite some time. According to MarketWatch, employers set aside an average of 10% of their budgets for base pay raises in 1981. In 1995, that number dipped to 4%. Since then, it's contracted even further to 3%. So instead of bumping salaries, companies give bonuses — to employees who last the whole year, that is.

If organizations don’t hand out raises but give their entire staff bonuses each year, these payments should come out of the compensation budget. Because that’s what you’re doing: compensating your employees, not recognizing their efforts.

But if your company is guilty of taking this approach, you might want to rethink it. As FastCompany points out, bonuses given to every employee can actually work against productivity and engagement. In these environments, employees come to expect bonuses whether they work hard or not — which pretty much defeats the purpose of handing out bonuses in the first place.

On the other hand, organizations that don’t give out bonuses to all employees — only the ones who deserve them — can better justify drawing the funds from an engagement budget.

The Difference Between Compensation and Engagement

In a perfect world, none of us would need money, and we’d all be able to spend our days doing precisely what we wanted to do. But we live in this world.

Workers sell their time and skills to companies in exchange for money. Sure, there are interns who trade their time for experience, and there are volunteers who donate their time just because they want to help. But for the most part, we work for money.

That said, you can’t just throw money at your employees and expect them to be engaged. (To be fair, everyone has their price, but for the most part, employers are not willing to pay it.)

Engagement is much more than just collecting a paycheck. For example, in addition to being well compensated, millennials are drawn to companies that have fun cultures, offer professional-development opportunities, and embrace the merits of collaboration.

Employees that are paid well, have access to educational opportunities, and work for organizations that understand the importance of culture are much more likely to be engaged than workers who make more money but don’t have access to the extra perks while working at companies that have miserable cultures.

Compensation is an important part of employee engagement, but it only one piece of a large puzzle.

Ever had a job where you busted your tail day in and day out and were never recognized for your efforts? It’s pretty terrible, to say the least.

But a little bit of recognition can go a long way toward improving employee morale, which in turn helps create a more enticing work culture — one that’s characterized as being filled with engaged employees. Consider the following data from CareerBuilder and Badgeville:

These statistics shouldn’t be that surprising. We all like it when our bosses and coworkers acknowledge the projects we pour ourselves into. On the other hand, if your employer isn’t recognizing the fact you’re working as hard as you can in the first place, why should you continue to produce at a high level when you can get by doing less?

Simply put, recognition causes employees to be happier because people are acknowledging and complimenting their hard work. This, in turn, increases engagement and productivity.

Ways to Strengthen Your Recognition Efforts

No employee will turn down an envelope full of cash. But as mentioned above, expected bonuses don’t really do much to enhance engagement.

Still, recognition is a critical component of engagement. According to an IBM study, 76% of employees who are recognized for their hard work are engaged. On the other side of the coin, only 28% of employees are engaged when their efforts are never recognized.

If you’re looking to improve your employee recognition program, tap into your engagement budget and try one of these ideas:

Yes, you can buy anything from a gallon of milk to a car engine on Amazon. But an Amazon gift card is not the same thing as cash. Spend a chunk of your engagement budget on $50 gift cards, and give them to employees when they go above and beyond.

There’s no easier way to show your employees how proud you are of their efforts than by writing a heartfelt note to your entire team that emphasizes the work of an employee who is knocking it out of the park.

If your rock-star employee is introverted, don’t send a note to the entire team; that might embarrass them. Instead, grab a card and write a handwritten note that tells your employee how happy you are to have them on the team. Be as specific as possible.

Buy a trophy, and spend an hour or so on a Friday afternoon decorating it in some zany fashion with your team. Give that trophy to the employee who deserves it most. That person can then pass the trophy off to the next employee who does something amazing. The goal here is to make employees feel like they’ve arrived the moment the trophy is resting on their desk.

We all need to eat. Let’s say your sales team has absolutely been crushing it for the past month. Plan an evening to take the team out to a swanky restaurant for a delicious dinner and some drinks.

If your recognition efforts consist solely of giving out bonuses to your staff at the end of the year, you’re doing it wrong. It’s time to build an employee recognition program that actually recognizes workers for their hard work and shows the team that management is paying attention to what they’re doing. As a result, your staff will be more engaged — and your bottom line will ultimately be healthier.

Editor’s Note: This post was originally published in April 2016 and has been updated for freshness, accuracy, and comprehensiveness. 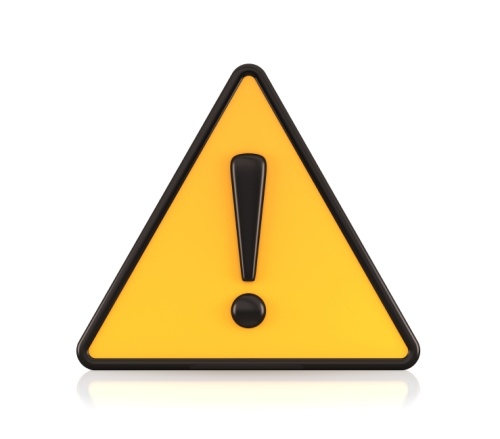 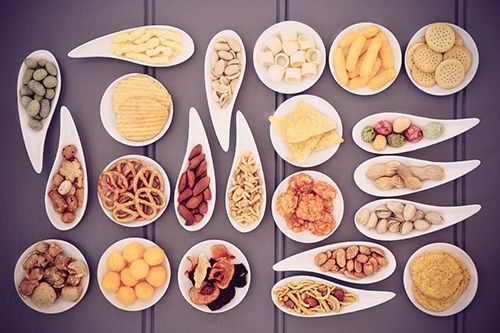 The Unexpected Benefit of Providing Snacks for Employees 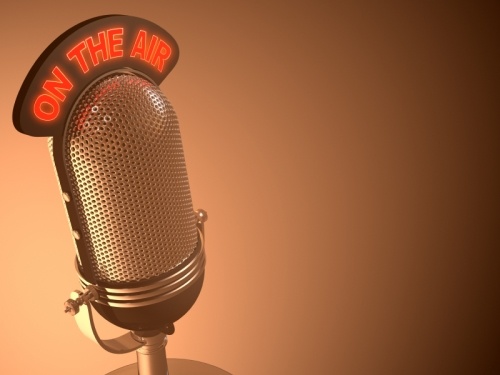