Are rules meant to be broken? Having rules in the workplace helps provide standards and regulate processes. They give employees a norm to abide by, making sure behaviors and actions are kept in check. In the majority of cases, rules are necessary — when they're reasonable.

But what happens when an employer instills a no-talking rule at work? Or one where employees are only allowed leave their desk a maximum of eight times per day? Well, in this case, these rules are meant to be broken because they simply go against the laws of nature. And if you don't think these absurd rules actually exist in the workplace, think again because this Reddit thread proves otherwise.

"No cell phone shaped objects in your pockets at work. At first I thought it was a typo, then they started to write people up for wallets, packs of gum, and other rectangular shapes in our pockets."

"My place of employment only lets staff drink water from small cups, and you must drink the whole cup immediately, then dispose of the cup. You are not allowed to have water bottles on shift, no matter which part of the store you are working in. If you are on break (unpaid time) you cannot purchase a bottle of water, even if you drink all of it and dispose of the bottle before you come back on shift."

"I once worked for a bar where it was against the rules for you to talk to your friends whilst you were on shift. It had its practical reasons, but if you spoke to customers too much the management would accuse you of wasting time with you friends. It was the most anti-social bar to work in."

One for the Money

"Our company recently instituted a cost cutting measure that requires spouses who are eligible for insurance through their company to do so. Saves the company, what, $3k annually for some married employees? One of our IT guys complained vociferously about it because his wife's company had [terrible] insurance with a ridiculous deductible, and threatened to quit if they didn't allow his wife back on the policy. HR says they won't grant an exception for him, and his boss ended up giving him a $10k/year raise to make sure he didn't leave. Way to save the company some money."

"I used to work in a government department, and people used to keep snacks on their desk while working, because we're human. The employer implemented 'lean working,' so every desk had to be totally empty, except for select items that had to be arranged in a certain way (pens had to be to the upper left of the keyboard, I think).

This rule forb[ade] food items, but allowed one 'personal item.' One staff member had a banana in a banana case as her personal item. She was told to put it away.

She refused and took it further until it was ruled that because she wasn't eating it and the skin hadn't been broken, it was an 'inactive banana' and thus a personal item. It only became active during the act of eating, at which point it became food.

No other food had an inactive state. Only bananas."

"We have to wear saftey goggles when using a stapler at work."

"We are incapable of sending emails from our work accounts without selecting what the email is for. To send it, we have to select [a reason] from a drop-down menu like 'casual memo' or 'request for time off.'" 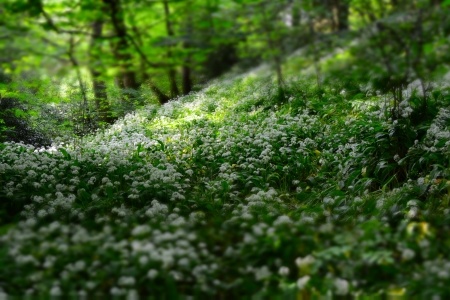 How to Run a Company With Almost No Rules