8 Things No One Asked For in the Workplace This is part of a blog series discussing TINYpulse's newest upgrade, LIVEpulse. Click here to learn more about what LIVEpulse does.

Virtual Suggestions are a great feature of TINYpulse, but they can be vexing. Employees can use them to suggest cool stuff like “Hey, how about some different sodas in the break room,” or “Hey, can we change the time of our weekly staff meeting?” It might be little stuff, but it’s important stuff.

Sometimes, Virtual Suggestions bubble to the surface that cause trouble, and you wind up getting stuff that no one (well, maybe one person) asked for. For months at TINYpulse, someone (or something) kept asking that we buy a filtered water machine, even though we have two refrigerators in the office that dispense filtered water.

This fall, TINYpulse will launch a major upgrade — which we’re calling Project Water Cooler — that, along with other features, will allow users to vote on Virtual Suggestions. This will allow employees to up-vote the suggestions they like and down-vote the silly ones. So that means less time spent parsing which ones are worthwhile.

In honor of Project Water Cooler, here’s a collection of things that we would’ve given a hard down-vote to if we had the opportunity.

Nothing against Pandora, but at work, it’s a cauldron of our worst music interests. The Red Hot Chili Peppers Pandora station, for example, is a one-way ticket to Sublime Town with a few stops at Incubusville along the way. Yuck. At any rate, how would Kiedis’s funky flippa dippa dang dong sing-rapping about SoCal be conducive to work? Down-vote!

Leave your personalized Pandora stations at home or in your car. Work is not your chill zone.

Boy oh boy, these are the default snack. Pretzels are made out of rock salt–covered compacted spider legs, their nutritional content is at sub-waffle levels, and eating them is an experience akin to dry-inhaling dust bunnies. For too long we’ve been forced to hate-eat these at 2:13 p.m. on a Wednesday because all the good snacks were gone. Literally, any other snack is better than pretzels.

No one asked for a printer, why did the UPS guy just deliver a brand new one? You know that Tweet where Donald Trump is sitting in his office insulting an entire culture? There’s a printer in the background, and that means Trump prints, which should be a Bat Symbol for civilized people everywhere alerting us that it’s time to give up printers. Can’t take downloading drivers, can’t take low toner, can’t take flippy-flappy plastic paper holders, can’t take my Uncle Mike printing out pro-Trump memes from Facebook. Just look at computer screens and leave the trees alone.

For a slim minute, these sounded like a good idea until we realized they were just a way to make us stay at work longer. Unless you’re researching a cure for ALS, you should be doing all of your sleeping at home because taking a nap at work is so, so weird.

Look, we all get sleepy at 2:13 p.m. on a Wednesday after choking down a handful of pretzels, but as an adult, it’s your responsibility to power through that feeling and just finish writing your blog post or whatever. Sleeping is for your bed at home, bud.

How can these plants exist in the barren waste-scape of an office? These plants are the vampire banshees of the plant world because they exist, to our horror, in defiance of all laws of nature. Over decades, they crept out from Janet’s cubicle without sunlight, water, or fresh air. They are Mulder and Scully’s most boring X-File. These plants provide no pleasure to anyone because they just sit there, shining waxily under the fluorescent light.

Hey, nothing says “we appreciate you!” like literally the cheapest pizza on Earth. We have to down-vote Domino's because it’s a convection-baked insult, and we deserve better.

Tony’s Italian House II down on Main Street USA is three dollars more per pie. And when you pay that little bit extra, you get real pizza baked by a family whose recipe was formed in the Old Country in 1423 AD, which they carried to the United States in 1908 in a satchel with all their worldly belongings and then used to build a business that thrives to this day on the art of making good pizza.

So when your coworker pipes up with “Actually, I like Dominos” remind them we’re not at a sleepover in fourth grade and that Tony’s will always be better.

Dear TIME magazine writers, millennials do not need a literal trophy for everything, least of all trophies that have nothing to do with the accomplishment I’m being celebrated for. An androgynous golden figurine mounted atop a faux wood base does not represent the fact that I grew the blog by 100,000 views in Q2. I’m a 29-year-old man and would much prefer a gift card or just, like, someone saying, “Hey, good job.”

I’d like to get a Mylar balloon printed up that says “Great Pacific Ocean Garbage Patch” as an ironic reminder that that’s where these things end up. This Mylar balloon celebrating my six-month anniversary is not worth choking the ocean.

Ugh, pong is the pretzel of games. People just endure pong because it’s the only game in town. You give people the option of pong or basketball or pong and Pokemon Go, and pong will lose every time.

And as for the people who refuse to play pong, we hate listening to that little pong ball noise, a noise that I hear in my deepest screeching nightmares; it penetrates the recesses of the brain and pings around like a Prion destroying gray matter until there’s nothing left but the pingy-pongy noise. Down-vote! 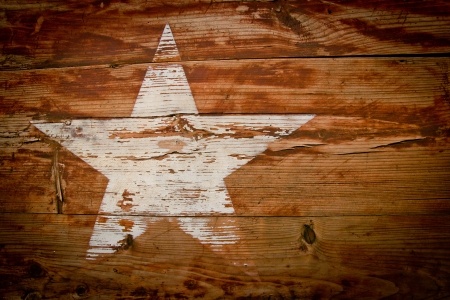