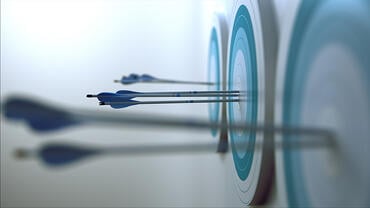 We all know that it’s important to recognize your employees, but sometimes the well of ideas can run dry. If you’re stuck in a rut, check out some of the awesome examples below. Supervisors from a variety of industries shared with us some of the best and most memorable ways they’ve shown appreciation for their workers.

Sometimes the most valued recognition doesn’t cost a dime. Cara Day, CEO of Daychild, has a great story of the power of simple words:

“I wrote single adjectives on a huge whiteboard before a staff meeting. During the meeting, everyone's interest was piqued because I didn't say anything about the words on the board. At the end, I circled one word and then described the person it was written for and how the word related to a quality they hold and display on our team.

“Everyone was curious as to which word was going to become their word, and they loved what I said about each of them. It's relatively quick, free, and is something they will always remember.”

Nima Noori, founder and CEO of TorontoVaporizer, applies the principle in an unusual and funny way:

“We have an honoring ceremony where the highest achiever for the month is honored for their achievements in front of the team on a company night outing. They are then given a ‘Master’ custom-made crown with their name on it, and then for one week straight, everyone in the office refers to them as 'Master.'

“With this Master status, the achiever also then takes on leadership duties, like leading the team chant. So, the status is not only an honor, but one that also comes with privileges!”

What Money Can Buy

Don’t assume that you can’t use monetary awards just because you don’t have a big budget. This kind of recognition can—and should—still be applied in a thoughtful way. How is more important than how much.

“Once a month, we recognize all full-time staff with an anniversary date in the month. The owners publicly recognize the person and value they have added to the organization as well as give them $50 per year they have worked with the company. Yes, we have people with 20 years who have received $1,000!

“The money is nice, but being recognized in front of the whole Tasty team is a big moment, and employees often give impromptu speeches after they are presented with their reward. The speeches thank teams and individuals who have contributed to individuals’ success.”

Hamilton Powell, CEO of Crown & Caliber, shares how you can actually make employees happy by giving money to someone else:

“When one of our employees has done a great job, we like to do some extra something that makes them feel special. In addition to giving them a cash bonus, we match that bonus with a charity of their choice.

“Most recently when we recognized an employee, she chose to donate the money to a charity she loved called As Our Own, which seeks to end child slavery in India. It was a pretty powerful moment.”

Hopefully these stories inspire your own great employee recognition ideas for your company!