4 Companies that are Shaking Up Their Performance Review Process 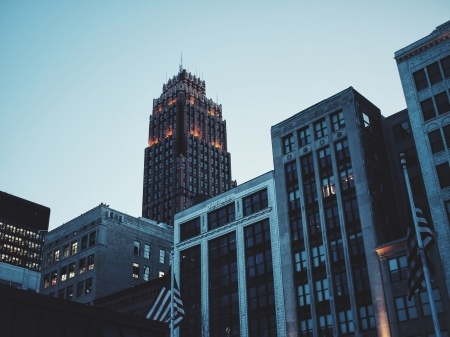 With surveys and studies showing that the annual performance review system isn’t working for anyone, companies are changing things up. They’re focusing on creating more frequent and meaningful feedback to help both employees and managers. They’re also seeking to limit the hours spent conducting reviews and analyzing performance data. Our study, The Truth Behind Performance Reviews, confirmed this is a major problem, with 31% of managers reporting that too much time is spent on performance reviews.

Here are four examples of companies that have changed their performance review systems for the better:

The global consulting firm ditched the traditional performance review in search of “something nimbler, real-time, and more individualized — something squarely focused on fueling performance in the future rather than assessing it in the past,” according to Harvard Business Review. The new system is simpler and emphasizes one-fits-one feedback, constant learning, and new ways of collecting data.

The inspiration for this change came when the company found they were spending two million hours a year on performance reviews. (Yeah, you read that right.) And the time wasn’t being used well. Their new system focuses on providing accurate snapshots of employee performance to help them in the moment.

The agricultural producer and distributor studied its performance review system and found that managers viewed it as little more than an administrative drill, according to CEB Global. Instead, they’ve switched to a model that focues on day-to-day performance management practices. In fact, Cargill rewards managers who perform well in this system, which emphasizes two-way communication.

The system is showing results, with 69% of employees saying that they’re receiving useful feedback. And the new system has other benefits. One manager reported, “This process has given me more time to spend talking with my people rather than do paperwork.”

When the computer giant decided to change its performance review system, it crowdsourced the process, asking its 380,000 employees in 170 countries through its internal social media platform. Employees had lots of ideas — one of which was to scrap relative assessment that stacked up employees against each other, according to Fortune.

The result of the process is a new app-based system called Checkpoint. Employees will receive short-term goals and feedback on their progress at least once per quarter. They also replaced a single performance score — an aspect of the system that stressed out employees — with five scores that provide assessment in different areas.

Like other companies changing their processes, the health insurer has sought to make their performance reviews more frequent, simpler, and less time intensive. Check-ins with employees can be at any time during the year, according to the Best Practice Institute. These are intended to be conversations about professional growth and career goals that are personalized for each employee.

The new system also streamlines ratings — managers rate employees as either on track or off track. Regular feedback is expected to come from the whole team as well, not just supervisors.

Employers are exploring ways to change the performance review system, as it’s been a sore spot for both employees and managers. Expect that these systems will continue to be tweaked in the future as these companies find out what works and what doesn’t.