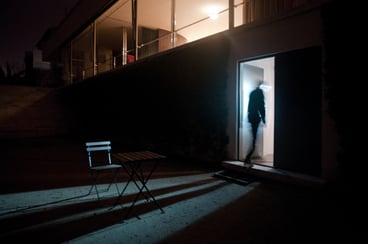 The open-door policy is a beautiful idea — in theory. The communication policy encourages employees to speak their minds on issues within the company and offer suggestions for improvement. “Open-door,” in essence, means that managers are always welcoming feedback by metaphorically or physically leaving their office doors open.

However, the open-door policy doesn’t always work the way you’ve imagined. According to The Globe and Mail and Harvard Business Review:

When nearly half of employees in a survey report that they do not feel free to address issues with their bosses, we have a major problem in company communication — even among those that claim to have an open-door policy. This policy has three major flaws related to the above statistics, but luckily, they can all be addressed in an updated feedback policy.

Problem No. 1: The Fear of Repercussions

Everyone has been in a position to have to comment on something they see as negative. It’s not an easy position to be in — especially for people sensitive toward others. Add on top of that, the person you are giving direct feedback to is the one holding your paycheck, and this concern can easily escalate into fear.

Harvard Business Review found that this fear of consequences — whether out of malice or more commonly, because of a miscommunication — is largely imagined, but that doesn’t mean it’s not holding people back from taking part in feedback.

Instead, employees can be relieved from this burden by using any number of anonymous feedback systems. And because so many employees report withholding the full story out of this fear, you’re more likely to get honest, more helpful feedback.

Problem No. 2: No Incentive for Feedback

Encouraging feedback should be embedded into your culture. Unfortunately, even in organizations claiming to have an open-door policy, it isn’t reinforced. Push for feedback on a regular basis, showing just how much you encourage accepting critique and suggestions.

Companies can even offer incentives for participating in feedback initiatives. For example, anyone who fills out a satisfaction survey can be entered into a raffle to win an iPad or even a day off work. Some companies have found success by promoting a charitable donation if a survey receives a certain amount of responses.

Problem No. 3: The Broken Feedback Loop

An open-door policy essentially allows employees to report problems. There’s nothing built into the system to see any movement on the solution to that problem. Transparency, or the lack thereof, is a huge issue. Why would anyone report an issue if they don’t ever see things being done about it?

Instead, an effective feedback policy should be a two-way street, building in management communication of the reported issues and exactly how they are working toward solutions. There should be benchmarks in working toward these goals that everyone in the company can follow along with, clearly and openly.

While a great idea in theory, the open-door policy is flawed. There are, however, ways for companies to take the basic idea of a employee feedback encouragement policy and embed it into their company culture in a far more effective way. Surveys are a good place to start, and our guide to employee surveys might help you find an approach that works for you.

A Seattle native, Sabrina loves her morning (or anytime) coffee, spending her weekends on the mountains, and of course, the famous rain.