Even the best managers have one thing in common: blind spots. We’re so busy trying to get things done–whether it’s running numbers for an upcoming meeting or building out a 2-year business plan–that it’s easy to let things fall by the wayside. 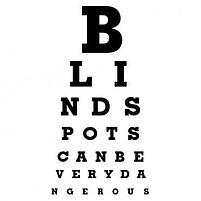 People management, and particularly culture management, is one thing that often slips. Yet company culture, relationships with fellow colleagues, and overall happiness is often what most encourages employees to stick around.

Don’t let your company culture flounder! Read the cases below and see how leaders are using employee surveys as critical tools to squelch out problems before they lead to employee attrition:

Case 1: Amy Balliett, Co-Founder of Killer Infographics, a young design firm, learned she had a toxic employee she knew nothing about. Being a small company with an open workspace, it would have been difficult for colleagues to tell her that a fellow employee was encouraging others to leave the organization. But, by using TINYpulse, her employees were able to share this information anonymously. Amy was able to remove the employee before the individual successfully polluted her team. (Hear directly from Amy here)

Case 2: Mike Volpe, CMO of Hubspot, a software company, saw his team more than double in less than a year. He went from knowing everyone’s names and faces to seeing strangers in his department meetings. This became increasingly troublesome as overall employee sentiment started to decline. Thankfully, Mike had been using TINYpulse, and was able to gather feedback that pointed to the firing of 3-4 employees as the cause of this drop. Mike took the opportunity to candidly speak with employees about the situation, explaining that this was not going to be a trend. By continuing to pulse for employee sentiment, he saw that this and other honest talks helped employee happiness grow. (Read the entire story in the Harvard Business Review)

In these and countless other examples, anonymous employee surveys helped managers delve into employee sentiment. These managers had blind spots, but leveraged employee surveys to shed light on morale-killing issues, erasing them before they lead to employees walking out the door for good.

Stay posted for Part 4 in our series, launching this Thursday, and learn how best to start asking your employees for candid feedback.