Jules Hall Prevails at The Hallway 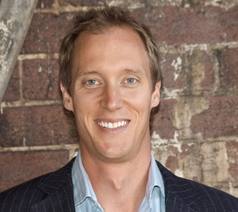 Jules Hall's first job was driving a tractor around-and-around his family's farm. From that experience, he learned that he hated getting paid a fixed wage for fixed work - he knew there had to be a better way. So when Jules reached university, he put his creative juices to work and started Jules Hall Production. He began selling t-shirts at the local pub. It was ingenuity at its best because Jules could (1) drink pints with his mates while "working" (2) meet women at the pub (3) and make money by peddling his shirts. His all-time best selling t-shirt was emblazoned with the slogan, "If all else fails, excess prevails!"

So maybe it wasn't all that surprising that Jameson Whiskey "Jameson's" sponsored Jules Hall's sailing team. The relationship developed so well that the advertising director of Jameson's wanted to move their account under Jules' stewardship. 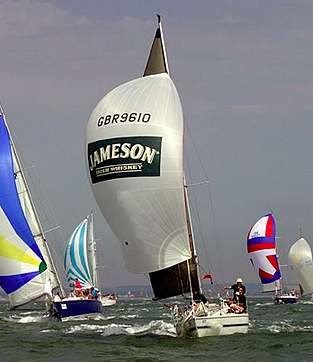 Unbeknownst to him, Jules Hall was already thinking of starting a new type of advertising agency. During the meeting, Jules asked the Jameson's advertising director if he would be interested in being his foundation client if he started a new agency. The director was taken aback, swallowed hard, and replied that that option wasn't what he had in mind when he brought up transferring his account to Jule's current agency.

After two long weeks, Jameson's advertising director called back and stated, "we want to work with Jules Hall regardless of where he's employed." And with that, Jules launched The Hallway in 2007. The company has grown to 25 employees and specializes in developing ideas that connect brands and their customers utilizing a combination of advertising, content, and technology.

(1) Communication Architecture Methodology - this is the priority framework that they've developed and fine-tuned to answer all briefs.

(2) People - The Hallway has been very diligent in hiring people who are thorough and passionate about creating absolutely the best work for their clients.

(3) Culture - Jules describes their culture as rigorous and intellectually ambitious. People constantly challenge and question assumptions and ideas during meetings. Jules admits this can be intimidating to some people, but to him and the staff, they thrive in this type of environment with the singular goal of creating the best solution for clients. 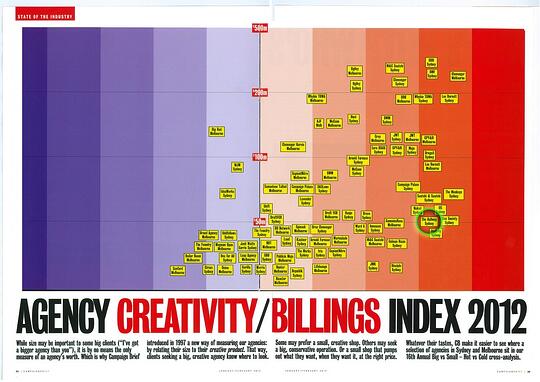 The Hallway's success hasn't flown under the radar as it's been rated one of the "Hottest Agencies" in Sydney according to Agency Creative/Billings Index 2012. Jules discussed what he's learned in the last four years to get The Hallway to where it is today.

*"Continue | Start | Stop" Review Format- Jules Hall keeps the performance reviews simple at The Hallway with this one-page style review format. Under each bucket, he'll put three to four bulleted examples for Continue, Start, and Stop. This becomes the focal point for each person during reviews and catchups. 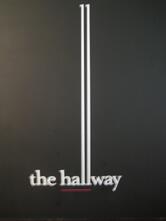 *Little Black Book- Like most managers, Jules finds it difficult to keep on top of feedback with concrete examples. His tip is writing down staff wins and areas for improvement in the back pages of his black notebook. He always has ample examples with details to draw from when it comes to performance reviews.

*Overhiring for Key Role- Jules freely admits that they just massively over-invested by hiring a Head of Operations. Yet on the other hand, he realized that for The Hallway to succeed as an agency, they needed stronger processes and methodologies. With these, they liberate creative thinking within these guide posts. It's a bold bet by Jules to understand the main leverage points for growth and then to invest in it ahead of the curve.

*Careful of Not Doing Business with Yourself- At the beginning, Jules would spend countless hours analyzing and reviewing spreadsheets and other business data points. He loved to dive into data. But his mentor questioned the value of so much analysis and reminded Jules of the purpose of The Hallway. He basically said, "sell some work and make some money." It was a good reminder of the basics and that if it works, then just carry on. 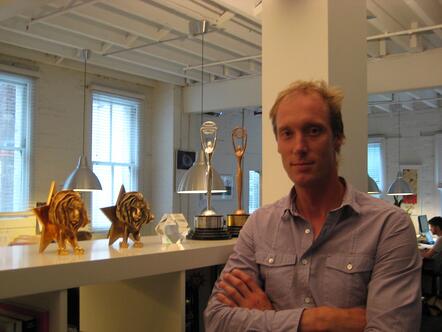 *Embrace People Management- Jules Hall admitted that he used to fear people management. But now it's exciting and extremely rewarding when he gets it right. I think he realizes that people management is a journey and not just a destination. And since the entrepreneur is going to be on that journey, why not have a positive attitude about it and smell as many roses along the way as possible?

*Conclusion- Jules has successfully grown The Hallway from an idea over lunch to an industry award winner. Along the way, he's embraced learnings from his childhood and mentors. He's created a rigorous work environment to get the best out of his people along with a culture that hires for and supports this approach.

Jules Hall definitely possesses a large personality that fills a room, yet at the same time he's got a laid back charm and is humble, self-effacing, and funny. What else would you expect from someone who sold "If all else fails, excess prevails!" t-shirts?