Stuart Finlayson Gives Back with GoFundraise 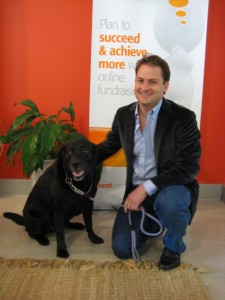 Stuart Finlayson's parents started three non-profits, and Stuart had noble ambitions to be a flying doctor to give back to the community. But after university, Stuart Finlayson went down the marketing and advertising route before creating his own web businesses. While in London, he saw what was happening with Just Giving in the UK and thought that he could improve on their model.

At the time, Stuart Finlayson was running another business and wanted to get someone else to run this new venture. But things came full circle when he fell in love with the purpose of the business and went back to the roots of giving back to the community that his parents embraced.

Stuart started GoFundraise in 2007 and innovated to reduce the costs of fundraising and to empower the fundraiser(s) to raise more money. In fact, for every $100 someone raises for a charity, typically only about $60 - $70 of it goes to the charity. The rest is eaten up by inefficiency and fees. But if someone uses GoFundraise, about 93% goes to the charity. That's a staggering increase of efficiency by up to 50%!

Today, GoFundraise employs 16 people and provides software to charities to empower them to more cost-effectively raise more money than they could've before. The company's three top strategic assets are: 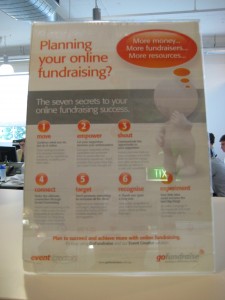 (1) People - the staff's passion is also fueled by the knowledge that they are helping other people help others.

(2) IP - GoFundraise's technology streamlines the process and makes fundraising more efficient. They're committed to further innovating in the industry.

(3) Brand - having helped many people and organizations raise more money than they have been able to do themselves in the past, GoFundraise has created many evangelists and fans.

After five years at GoFundraise and more years at other startups, Stuart shared the following insights:

*Values > Performance - Stuart told me a favorite quote: "If you want a culture of smiley people, then hire smiley people." They vet every prospective employee against their culture and values. Even if the candidate possesses a strong skillset but isn't a culture fit, they'll pass on hiring the person. Everyone who is hired signs their values document. 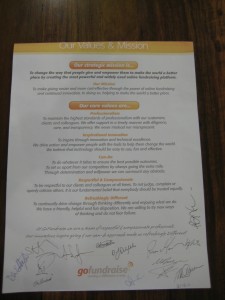 *Daily Performance Reviews - GoFundraise conducts daily performance reviews. Everything is centered around their values. If there's behavior that doesn't align with their values, Stuart will bring it up to get them back on track.

*Weekly Catchup - Stuart Finlayson realized that the team was getting a bit disjointed. They implemented a company-wide Friday 3:30 meeting. Everyone goes around the room and updates everyone else for one to two minutes on what they're working on and what's forthcoming for them next week. This has increased communication within GoFundraise.

*Monthly Culture Prizes - To further reinforce their culture, Stuart gives out a monthly prize to whoever embodies their culture the best. The prize is along the lines of an iPad, but this just keeps their values front and center and top of mind.

*Employee Driven Goals - Moving forward, Stuart wants individuals to present their own goals for the month and quarter. These goals need to align with GoFundraise's vision. And if the entire team hits their self-set goals, Stuart wants to award the entire team. GoFundraise is just starting this, so I'll be interested to follow up to see how it went and what they learned. 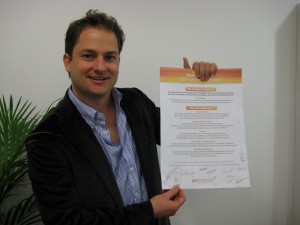 *Instant Recognition - Stuart emphasized that he's always providing instant recognition. Never be afraid to give out positive feedback to individuals, especially in front of their peers.

*Top Down Culture - Both Stuart and I are fans of Cameron Herold. Stuart shared Cameron's message that setting a culture is difficult and the founder can even be ridiculed. But founders have to be consistent with their culture and to keep reinforcing it. This video is a great example that it may take awhile to get the right culture going, but the founder has to believe and be consistent.

*Conclusion - I just judged some startup pitches in Sydney this week, and I could see and feel how excited these entrepreneurs were about their product and vision. But afterwards, I shared that it's equally important, if not more important, to get the culture and values of their company right since this cascades through every activity that the company does.

These entrepreneurs would be well served to visit and learn from what Stuart Finlayson is building at GoFundraise. Not only is Stuart weaving a great feel-good story, but he also constantly obsesses on building upon his company's culture.