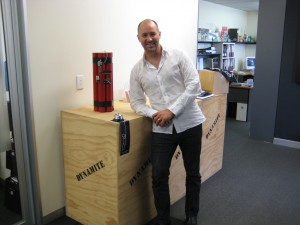 Mat Wylie has only had one job interview in his life, and he got that job when he was 19. By the time Mat was 23, a partner at his agency wanted him and two others to buy him out for $250,000. Mat jokes that they probably didn't even have $25 amongst them - much less $250K.

Instead, the three of them started Dynamite in 1995. Dynamite has evolved significantly over the past 17 years. First, it started as a full service advertising agency. Second, after six years, they bought out one partner who moved to Singapore. Third, after 11 years, Mat Wylie bought out another partner, Fletch, who was leaving to pursue his family business and passion for flying. Fourth, Dynamite is now more a product company than service company.

Dynamite's core product is called Customer Radar. Customer Radar is revolutionizing the mystery shopper industry. It's a mobile technology that enables retailers to collect live feedback from customers in their store for the chance to win a prize, like an iPad. Instead of one mystery shopper's opinion, retailers can now collect hundreds and thousands of ratings and qualitative feedback from actual store traffic. 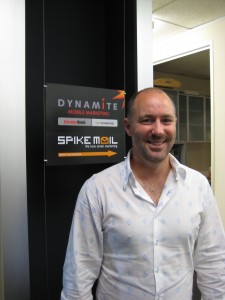 It wasn't always the smoothest process to transition from a service-based company to a product-based one. Mat clearly remembered the epiphany at an EO retreat. He recited his goal that he set years ago at that retreat from memory to me, "I want to transform Dynamite from a service-based business to a product-based business that can be used anywhere around the world." Another motivation is that he wanted his business to be more scalable and less dependent on people resources than a service-based business. He questioned himself many times through this challenging transformation but stuck to his vision. Now Dynamite is at a tipping point with Customer Radar gaining significant traction.

Dynamite employs five people, and Mat really likes their casual, family-like atmosphere. He does admit that the atmosphere will need to change as they inevitably start growing. In the meantime, Mat shared the following tips and experiences:

*K-I-S-S Your Vision - Mat Wylie was the chair for the extremely successful EO Queenstown event that brought hundreds of entrepreneurs from around the world to New Zealand. He created a vision of "400 raving fans of all things Kiwi." Everyone bought into it and could recite it. This vision also rallied support from sponsors, like Air New Zealand. The vision was clear, short and simple - very K-I-S-S (Keep It Simple Stupid).

*Relax and Focus on Results - He admits that in the past, he was irritated when employees came in late or left early. Now he's more laid-back and focuses on results. Employees now come in after traffic dies down, which helps morale and increases productivity - a true win-win.

*Cultural Influence - Mat doesn't quantitatively rank his employees' performance nor does he force them to rate themselves. He doesn't feel that's the Dynamite way. He also concedes that it may be cultural for Kiwis. He thinks that Kiwis are less threatening, aggressive, and confrontational. I'll be interested to see other cultural influences on performance reviews, especially in more traditional conforming societies.

*Constant Feedback - Since Dynamite is very casual, everyone receives continuous feedback. Anything urgent is also dealt with right away, like talking down to suppliers, which they don't tolerate. Everyone knows where they stand. 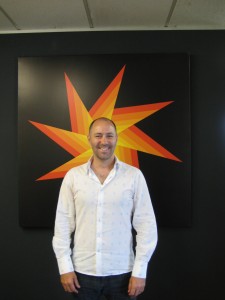 *Behavior, NOT Person - This is a great piece of advice for anyone in any situation. Mat depersonalizes behavior from the person so it's not associated as a personal attack. To illustrate, he may say, "when we take a condescending tone with our suppliers, it doesn't align with Dynamite's core values and isn't productive. Moving forward, I'd like for this behavior to change so everyone who we work with will have a pleasant experience with our brand."

*Conclusion - As an angel investor, I like the phrase of "betting on the person and not the idea." Personally, both of my companies had to evolve, and our ticket to success was different than the initial vision for the companies.

Similarly, Mat's evolved Dynamite tremendously in the last 17 years to stay ahead of trends. He's bought out two business partners and moved into an arena (mobile) that wasn't even around 17 years ago. Now, Dynamite is positioned as a leader in the mystery shopper space thanks to Mat's courage and conviction to adopt. Mat freely acknowledges that the company's culture will have to adapt as they start growing. I'm looking forward to following how Mat simplifies Dynamite's vision and how their culture evolves with growth. 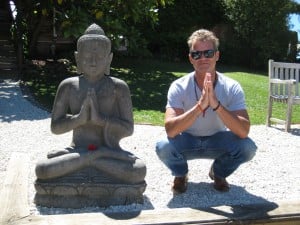